Portability of PRAN – NPS Lite/Swavalamban to NPS – All Citizen Model 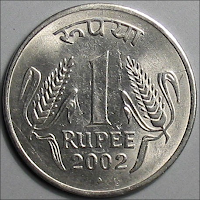 1. The subscriber has to submit the following documents to the new nodal office (POP/PAO/DDO etc) who in turn will process the application and forward the document to CRA.

a. Duly filled in Inter platform shift (IPTR-1) form along with the duly filled in registration form of the sector to which he wishes to migrate

b. Submit the PRAN already issued and in absence of PRAN has to provide a notorised affidavit as to the reasons for non-submission.

4. There would not be any requirement of providing KYC documents once again by the subscriber, if the same have been submitted/collated at the time of subscriber registration under NPS already and the address provided in the new registration for is matching with that of existing record. If there is any change in the address from the existing NPS account address proof need to be submitted afresh. The CRA would tag the KYC documents to the new PRAN and ensure that all the required details are available.

5. CRA would print and dispatch the PRAN card directly to the subscriber/aggregator as the case may be and CRA would not be charging any extra charges for the same.

Subscribers intending to shift their PRAN from NPS Lite/Swavalamban to All Citizen Model and other sectors may approach the new/intended contribution uploading office (POP/PAO/DDO etc) for doing the needful on the matter. The format for Inter platform shift (IPTR-1) form is being attached along with the circular.