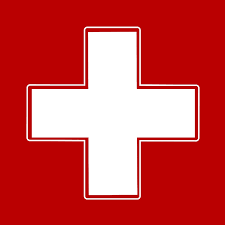 (a) whether Government has conducted a pilot project under the Railway Employees Liberalised Health Scheme on the line of the CGHS;
(b) whether Government seeks to replace this with a more broad-based Scheme;
(c) the likely time-frame within which the Medical Directorate of the Railway Board seeks to implement this Scheme; and
(d) whether Government presently has any system in place to provide medical benefits to railway employees since the pilot project ended in 2011 and the new broad based Scheme is yet to come into effect and if so, the details thereof?
ANSWER
MINISTER OF RAILWAY
(SHRI MALLIKARJUN KHARGE)
(a) to (d): A Statement is laid on the Table of the House.
*****
STATEMENT REFERRED TO IN REPLY TO PARTS (a) TO (d) OF STARRED QUESTION NO. 208 BY SHRI RAJEEV CHANDRASEKHAR TO BE ANSWERED IN RAJYA SABHA ON 23.08.2013 REGARDING HEALTH SCHEME FOR RAILWAY EMPLOYEES.
(a) to (c): Yes, Sir. A pilot project for providing cashless medical facility in an emergency for Retired Employees Liberalized Health Scheme (RELHS) card holders, in private recognized hospitals over National Capital Region was introduced by Northern Railway in 2008. The scheme was subsequently extended upto August 2011.
Based on experience gained during the pilot project, Ministry of Railways has decided to extend this scheme to RELHS beneficiaries in all Metros, State Capitals and Zonal Headquarters of Indian Railways. Zonal Railways have been instructed to implement the scheme. Depending upon the different local conditions and spread of retired employees over different Zones, all the beneficiaries are likely to be covered in two to three years. Further, extending the treatment facility in case of medical emergency to RELHS beneficiaries to all cities where hospitals are empanelled either with Central Government Health Scheme or with Railways, has been proposed in the Railway Budget 2013-14.
(d) : Yes, Sir. Railway employees both serving and retired and their eligible dependants are provided health care services through Railway hospitals and health units spread across the rail network of the country. In addition, Private Hospitals have been recognized on need basis.