📹 | India to have its own space station 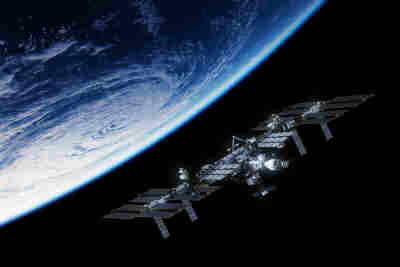 Come 2030, India will have its own desi home in the space. ISRO chief K Sivan has announced that is planning to launch its own space station. This will be one of the most ambitious projects ever undertaken by India.

A space station is a spacecraft capable of supporting crewmembers, designed to remain in space for an extended period of time and for other spacecraft to dock. The most commonly known being the International Space Station.

The International Space Station ot ISS is a habitable artificial satellite in low Earth orbit. The space station’s orbit is approximately 250 miles above Earth. It is the largest human-made body in low Earth orbit and can often be seen with the naked eye from Earth. The first crew on this space station arrived on November 2, 2000. The ISS is home to a minimum of six astronauts, with two bathrooms, a gymnasium, and a big bay window. It has science labs from the United States, Russia, Japan and Europe.

So far only the US, Russia, China and a consortium of nations that own the International Space Station were able to establish their station in the space.

The project would be conceptualised over the next 5-7 years. India is targeting 2030 as the date to launch a 20 tonne space station.

The Isro is targeting 2030 as the date to launch a 20 tonne space station. The station is likely to be used to conduct microgravity experiments. The preliminary plan for the space station is to accommodate astronauts for around 15 to 20 days in space.

The project is envisioned as an extension of the maiden manned mission, the Gaganyaan. Gaganyaan would carry three astronauts into space, and their selection process is likely to be completed in the next six months. The astronauts will then undergo rigorous training for nearly two years.

More details on the space station will emerge after the Gaganyaan mission is complete.

The government has already cleared a budget of Rs. 10,000 crore for the Gaganyaan mission. There would be two flights from Andhra Pradesh's Sriharikota without the crew before the maiden flight with crew sometime in 2022.

Isro also announced its ambitious mission to the Sun, named Aditya L1, in 2020. Its main aim would be to study the Sun's corona which has a major impact on climate changes on earth. There are also plans to launch a mission to Venus over the next few years which will carry 23 payloads.

These moves will reinforce India’s position as one among the leader in space technology. It will bolster India’s space warfare capabilities. The government has already approved the creation of the Defence Space Research Organisation with the aim of enhancing the capabilities of the armed forces to fight wars in space. In March this year, India carried out an anti-satellite test that demonstrated its capability to shoot down satellites in space. With this missile test, India joined an elite club of four nations that have such capability. The test also helped the country develop deterrence capability against adversaries who may want to attack Indian satellites to cripple systems in times of war.