At the Tokyo 2020 Olympic Games, India had seven medal winners and recorded its best-ever tally at the Olympics. Meet the winners.

It was Mirabai Chanu, who opened the account with a silver in the women’s 49kg weightlifting category when she lifted a total of 202kg (87kg+115kg). The 26-year-old, hailing from Nongpok Kakching village at the foothills of Imphal East district in Manipur, ended India’s 21-year wait for a weightlifting medal on the first day, ensuring India began with a bang.

PV Sindhu became the first Indian woman and only the second Indian athlete — after Sushil Kumar — to win two individual Olympic medals. The ace shuttler from Hyderabad beat China’s He Bing Jiao 21-13, 21-15 to win the bronze medal in the women’s singles competition.

Lovlina became only the third Indian pugilist to ensure a podium finish at the Olympic Games [after Vijender Singh (2008) and Mary Kom (2012)] when she defeated Chinese Taipei’s Nien-Chin Chen in the quarter-finals to assure herself of a medal. In the semi-final, she suffered a 0-5 loss to reigning world champion Busenaz Surmeneli to return home with the bronze. The 23-year-old from Barpathar village in Golaghat district of Assam, won the first Olympic medal in Indian boxing in nine years. Ravi, 23, became the second Indian debutant to win a medal at the Tokyo 2020 Olympics. Competing in the men’s 57kg freestyle wrestling, Dahiya clinched silver and became the seventh Indian to win a silver medal at the Olympics in an individual event. The Sonipat-born grappler had to settle for the second spot after he lost 7-4 to two-time world champion Zavur Uguev (ROC).

India men’s hockey team which was starved of an Olympic medal, since the gold at the 1980 Moscow Games, claimed the bronze medal when they beat Germany 5-4 in an enthralling match. It was India’s fifth medal at Tokyo 2020 Games.

It was India’s sixth medal of the Tokyo Olympics – equalling their best-ever haul at a single edition of the Olympics. 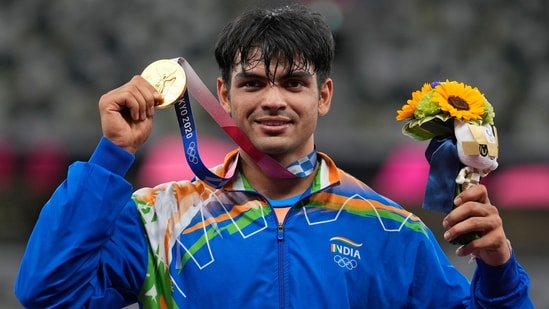 Neeraj Chopra became India’s second individual Olympic champion — after Abhinav Bindra — with his men’s javelin throw gold at Tokyo 2020. He is also independent India’s first Olympian to win a medal in athletics/track and field. With his herculean effort, the country surpassed the previous best haul of six medals (without a gold) in the 2012 London Games.