No Pension after resignation when VRS is denied : SC 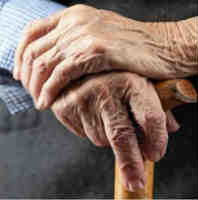 As per the Central Civil Service rules, an employee cannot claim pension after resigning from the job. The number of years served by such an employee will become irrelevant for consideration of pension if the employee resigns. CCS Rules says that an employee forfeits his past service by resigning from a service or a post. On Thursday, the Supreme Court also upheld this rule in its judgement in BSES Yamuna Power Ltd Vs Ghanshyam Chand Sharma & Anr.

Ghanshyam Chand Sharma (respondent) was appointed as a daily rated mazdoor on 9 July 1968. His services were regularised on the post of a peon on 22 December 1971. Sharma tendered his resignation on 7 July 1990, which was accepted by the appellant (BSES Yamuna Power Ltd) with effect from 10 July 1990. Subsequently, Sharma was denied pensionary benefits on two grounds: First, he had not completed twenty years of service, making him ineligible for the grant of pension. Second, Sharma had forfeited his past services by resigning and therefore could not claim pensionary benefits. Sharma had challenged the order before Single Judge Bench of Delhi High Court, which granted him pensionary benefit. The Single Judge’s decision was also upheld by a Division Bench of the High Court.

The apex court first addressed the issue of whether Sharma had forfeited his past service by resigning. The Supreme Court said that by resigning, Sharma had “submitted himself to the legal consequences that flow from a resignation under the provisions applicable to his service.”

The top court took note of Rule 26 of the Central Civil Service (Pension) Rules 1972, which says that an employee forfeits his past service upon resignation. “Resignation from a service or a post, unless it is allowed to be withdrawn in the public interest by the Appointing Authority, entails forfeiture of past service…” says Rule 10 of CCS (Pension) Rules 1972.

The top court’s judgement also clarified the distinction between resignation and voluntary retirement. When the employee has resigned, there stands no question of whether he has in fact ‘voluntarily retired’ or ‘resigned’, it observed.

Second question
Sharma had applied for voluntary retirement on 14 February 1990. This was denied by BSES Yamuna by a letter dated 25 May 1990 on the ground that he had not completed 20 years of service. Sharma challenged this decision arguing he had completed 20 years of service. However, the apex court said, “This argument cannot be accepted. Even if he was denied voluntary retirement on 25 May 1990, the first respondent did not challenge this decision but resigned, on 7 July 1990. The denial of voluntary retirement does not mitigate the legal consequences that flow from resignation.”

The top court ruled that in this case, the denial of voluntary retirement cannot be invoked to claim pensionary benefits.