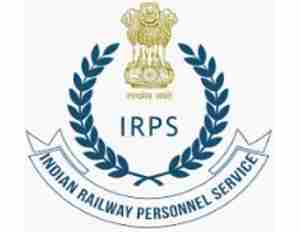 The government on Friday said that the majority of the railway officers have supported the formation of the Indian Railway Personnel Service (IRPS) and also submitted their suggestions.

The government also assured that the views of the railway officers will be looked upon while finalising the modalities of IRPS.

In a written reply to a question in Rajya Sabha, Railway and Commerce Minister Piyush Goyal said: “Majority of officers have supported the formation of IRPS.”

He, however, said that officers of Indian Railway Traffic Service, Indian Railway Personnel Service and Indian Railway Accounts Service have submitted their suggestions, which will be kept in view while finalising the modalities of IRPS.

He said: “The modalities of IRPS will be finalized in consultation with Department of Personnel and Training (DoPT) and approval of alternate mechanism.”

He further said that the merger of eight organised Group ‘A’ services having 8,401 sanctioned posts has been approved.

On December 24, the Union Cabinet chaired by Prime Minister Narendra Modi on Tuesday approved the organisational restructuring of the railways.

Following the government’s decision of organisational restructuring of railways through the unification of the existing eight Group A services into one central service of IRPS, a number of officials have objected to the move.

Earlier, Chairman Railway Board V.K. Yadav had asserted that the merger of existing eight Group A services into one central service, no official will face a career growth problem and also the post of the General Managers in the national transporter will be upgraded to the apex level so that they can take any decision in the field instantly.

According to the railway ministry officials, currently, there are eight board members, which will be restructured into four functions — infrastructure, rolling stock and traction, operation and business development, and finance.

The officials said the restructuring of the railway board will take place by March-April this year.