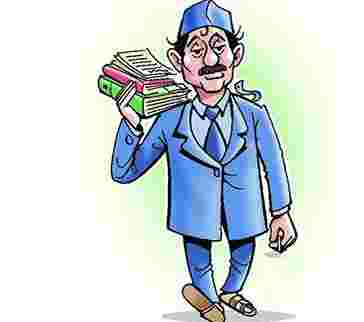 The Railways has decided to do away with a British- era practice of sending confidential documents via personal or Dak messengers and instructed zones to move to communication via videoconferencing. The move is among the measures taken towards cost-cutting in the railways.

These dak messengers are usually peons who are identified and given the responsibility of ferrying files, documents of sensitive nature across the Railways' network -- from Railway Board to its various departments, to its zones and divisions. This was introduced by the British when there was no internet or email. which is even continued now, at least in the paper.

While most of the communications by officials are currently done by email, the Dak messengers are as good as obsolete, say officials. With the latest direction, their use has been officially brought to an end.

"As a measure to reduce cost and improve savings on establishment related expenditure, the Board has desired that all discussions amongst officials of Railways PSU /Railway Board should invariably be held over video conferencing accordingly booking of personal messenger/Dak messenger should be stopped immediately.

Railways for the reduction in expenditure had called for a freeze in the creation of new posts, rationalisation of manpower at workshops, shifting outsourced work to CSR, moving ceremonial functions to digital platforms.

It also advised the zones to control expenditure by reducing staff cost, rationalising staff and also by making them perform multiple tasks.

The Railways also instructed that all file work be moved to the digital sphere and advised that all correspondence must be done through secure e-mails and asked them to reduce the use of stationery articles, cartridges and other items by at least 50 per cent.

It asked the zones to review and close all uneconomic branches of the ministry.