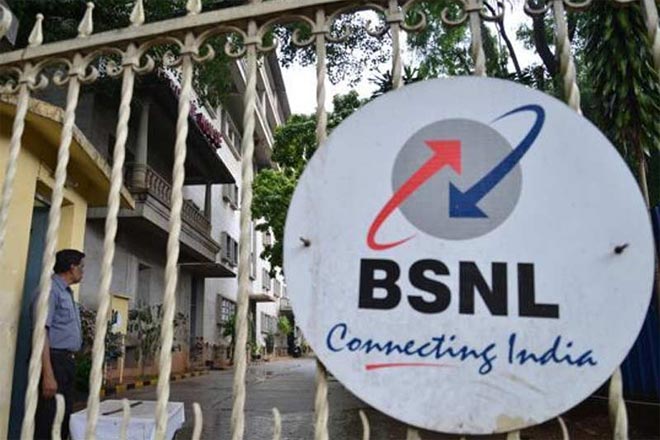 BSNL unions on Sunday decided to defer their indefinite strike to December 10 if they fail to resolve issues in the proposed meeting with telecom minister Manoj Sinha.
The employee unions met telecom secretary Aruna Sundararajan on Sunday and observed improvement in some of the issues that they have been raising, such as allotment of 4G spectrum, pension revision and payment of pension contribution by BSNL as per the government rule.
All Unions and Associations of BSNL (AUAB), however, said in a statement that they were not convinced with the reply of the secretary in respect to their demand on third pay revision.
The strike was earlier proposed to start from December 3.
"Under these circumstances, with the view to ensure an opportunity for having a discussion with the Hon'ble Minister of State for Communications, the AUAB has decided to defer the indefinite strike for one week," the statement said.
BSNL unions have been demanding allocation of 4G spectrum to the public sector firm so that it is able to compete in the market and keep up the market share.
The employees are also demanding wage revision as per recommendations of 2nd and 3rd pay revision committee.
"In case a fruitful settlement does not arise in the meeting with the Hon'ble Minister of State for Communications, the indefinite strike will start from 00:00 hours on 10-12-2018," AUAB said.