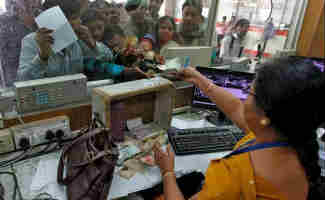 After wage revision talks with the Indian Banks' Association (IBA) failed, bank employees' unions today called for a two-day nationwide bank strike on January 31 and February 1. This would be the second bank strike this month, after the first one was observed along with Bharat Bandh on January 8.

The timing of this bank strike is important because it coincides with Budget day. The Economic Survey will be presented on January 31 while on February 1 Finance Minister Nirmala Sitharaman will present her second Budget. Since February 1 is the first Saturday of the month, all commercial banks are supposed to be open on the Budget day. Even stock exchanges have decided to open especially for Budget.

Representatives of 9 constituents of the United Forum of Bank Unions (UFBU) had held a bipartite talks with the IBA in which several wage-related demands were turned down. IBA has rejected the offer of a 12.25% wage hike, merger of special allowance with basic pay and a uniform 5-day work week.