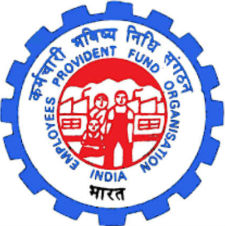 The government on Tuesday raised the deposit threshold limit to ₹ 5 lakh per annum in the provident fund for which interest would continue to be tax-exempt. This would be applicable to those cases where no contribution is made employers to the retirement fund. In her Budget presented to Parliament on February 1, Finance Minister Nirmala Sitharaman had provided that interest on employee contributions to provident fund over ₹ 2.5 lakh per annum would be taxed from April 1, 2021. Replying to the debate on the Finance Bill 2021 in the Lok Sabha, Sitharaman made the announcement regarding raising the limit to ₹ 5 lakh in cases where employers do not make contributions to the provident fund.

The Finance Bill, which gives effect to tax proposals for 2021-22, was approved by voice vote. The bill was passed after the acceptance of 127 amendments to the proposed legislation. The minister also stressed that tax on interest on provident fund contribution affects only 1 per cent of the contributors, and the remaining are not impacted as their contribution is less than ₹ 2.5 lakh per annum.