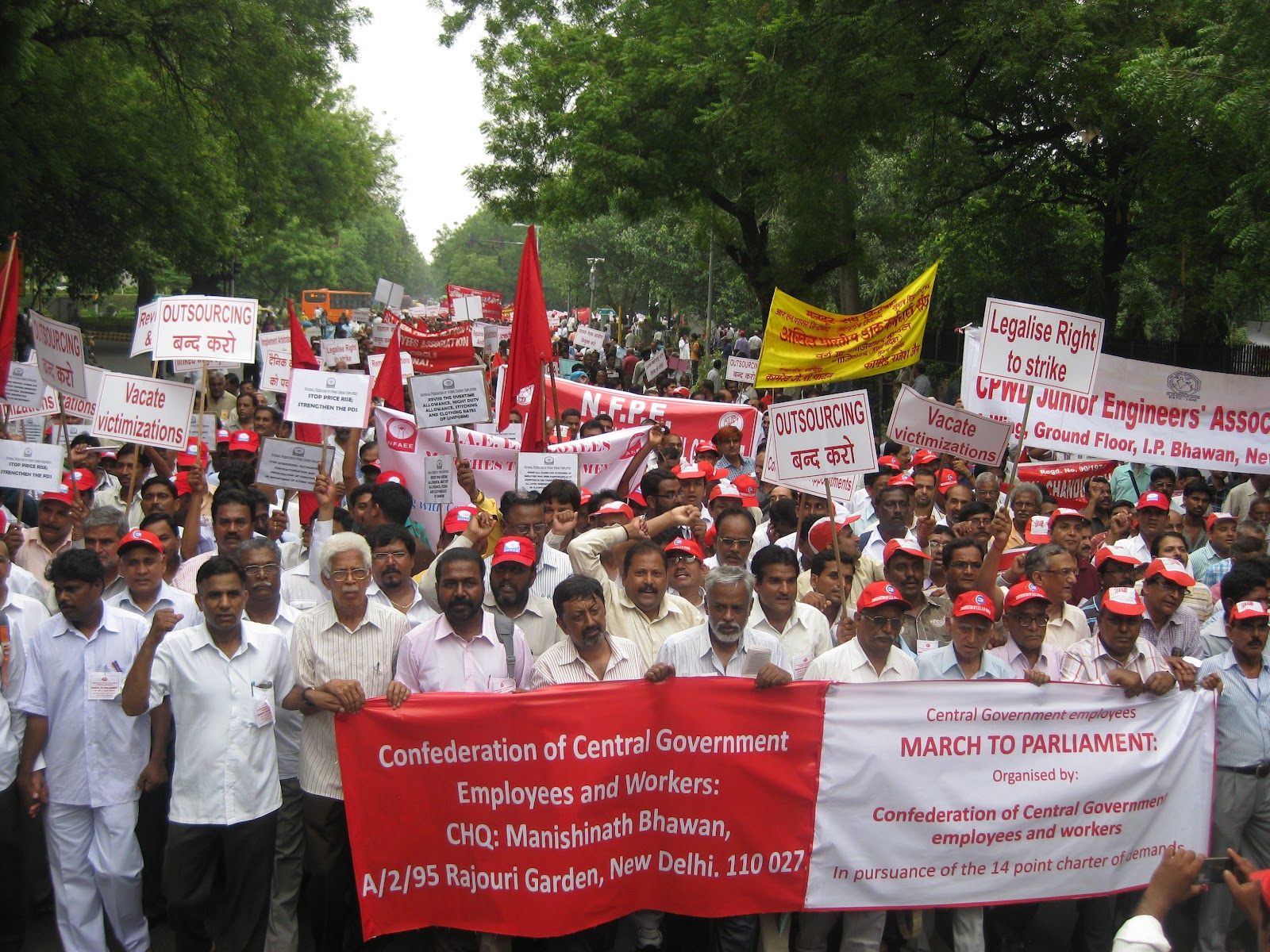 Central Government employees, who are planning a demonstration near Parliament on Tuesday demanding scrapping the New Pension Scheme and raising the bonus limit, have decided to go on an indefinite strike from November 23 if their demands are not met.

They also demand redressal of pending anomalies in the Sixth Central Pay Commission, interim relief, scrapping foreign direct investment and public private partnership schemes, filling of vacancies, and amendments in labour laws, among others, according to a release.