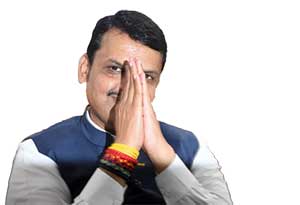 Devendra Fadnavis on Tuesday announced his resignation as Maharashtra’s chief minister. The resignation came after a meeting between Prime Minister Narendra Modi and Home Minister Amit Shah right after the Supreme Court ordered Mr Fadnavis to face a trust vote.

Earlier in the day, his deputy, NCP’s Ajit Pawar resigned from the post, just three days after he was sworn in.

“We realised that we don’t have the required numbers to form the government and we don’t want to indulge in horse-trading,” Fadnavis told reporters after announcing his decision.

In a sudden turn of event, both Fadnavis and Pawar were administered the oath on Saturday morning, nixing Shiv Sena, Congress and NCP’s bid to form government in the state.