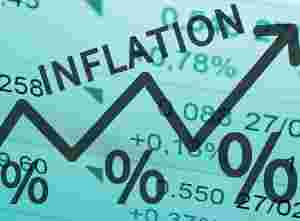 Contributed by the hike in the prices of the food items, wholesale price inflation shot up to a seven-month high of 1.32 per cent in September. The index turned positive in August for the first time since March.

The WPI-based inflation appears to be moving in sync with CPI-based retail inflation which shot up to an eight-month high of 7.34 per cent in September, mainly on account of rising prices of food items.

Inflation in food articles in September was at 8.17 per cent against 3.84 per cent in August. Vegetables as a category had inflation of 36.54 per cent in September, potato prices skyrocketed by 107.63 per cent from a year-ago period.

Prices of cereals came down with a deflation of 3.91 per cent during the month.