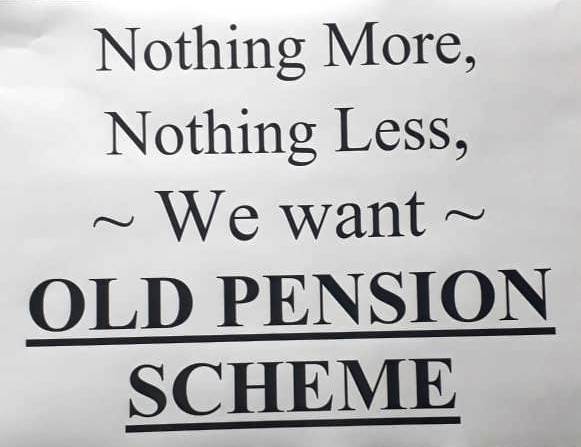 At least 50 central and state employee unions on Friday demanded the restoration of the old pension scheme, saying the current national pension scheme has proved "harmful" for retired personnel. They warned that if the government does not act on their demand, they would hold a rally during the Monsoon Session of Parliament.

In a statement issued under the banner of the National Joint Council of Action (NJCA), the unions said a national convention to push for their demand will be organised in New Delhi on January 21.

"The NPS implemented for central government employees who joined after January 1, 2004 and by different state governments starting at different dates has proved harmful for the employees who have retired. It does not match the guaranteed old pension scheme in any way," the NJCA said in a statement in Hindi.

The unions feel there is a need to intensify the agitation and take action at a national level, it said.

The statement said a joint forum has been constituted for revival of the old pension scheme under the banner of the NJCA.

A national convention with representatives of about 50 organisations of the central and state government employees, including teaching staff, was held on January 7 at New Delhi, it said.

A steering committee consisting of 26 delegates has been constituted while the national conference at New Delhi will adopt a roadmap for a programme on "abolishing the NPS" and "reinstating the old pension scheme", it said.

"All central government establishments, including Railways, Defence, Posts, Central Secretariat and state government offices, are involved in a series of protest programmes across the country," it said.

"Despite these protests, if the government does not take any concrete steps to abolish NPS and restore old pension scheme, then as per the decision of the steering committee, during the Monsoon Session of Parliament in July and August 2023, a rally will be held at Parliament in Delhi," it added.