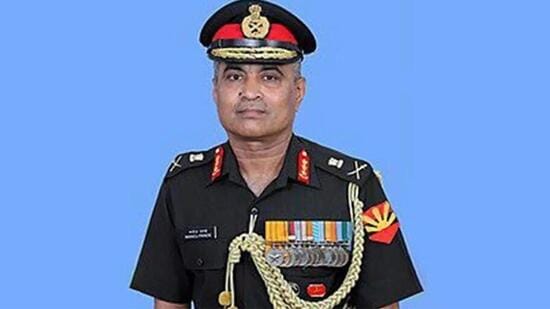 Army Vice Chief Lieutenant General Manoj Pande was named the Indian Army's new chief on Monday. On May 1, he will take office.

He is the first Corps of Engineers officer to be named Chief of Army Staff. He will succeed General Manoj Mukund Naravane, whose 28-month term is set to end on April 30.

Lt Gen Pande was commissioned into the Corps of Engineers in December 1982 after graduating from the National Defence Academy.

He has held several prestigious command and staff positions in conventional and counter-insurgency operations in all types of terrain during his distinguished career.

During Operation Parakram in the Pallanwala sector of Jammu and Kashmir's Line of Control, he commanded an engineer regiment.

Following the terror attack on Parliament in December 2001, which brought India and Pakistan to the brink of war, India launched Operation Parakram, a large-scale mobilisation of troops and weapons to the western border.

He has worked as the UN's chief engineer in Ethiopia and Eritrea. From June 2020 to May 2021, he served as Commander-in-Chief Andaman and Nicobar Command (CINCAN).

He was the commander of the Eastern Army Command, which was in charge of guarding the Line of Actual Control (LAC) in the Sikkim and Arunachal Pradesh sectors before becoming Army vice-chief.