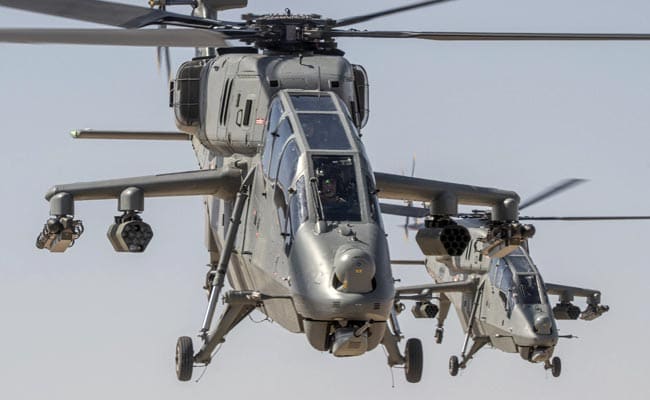 The Indian Air Force on Monday formally inducted the indigenously-built multi-role Light Combat Helicopter (LCH), Prachand, which is capable of destructing enemy air defence and counter-insurgency operations on high-altitude battlefields. With this, India becomes the seventh country in the world to make attack helicopters

The first batch of the LCH — whose name Prachand, which means fierce, was announced during the induction ceremony — is being inducted into the IAF’s 143 Helicopter Unit located at the Jodhpur Air Force Station. Defence Minister Rajnath Singh presided over the induction ceremony along with Chief of Defence Staff General Anil Chauhan and Chief of Air Staff Air Chief Marshal VR Chaudhari.

The light combat helicopter over the next several years will be the bedrock of attack helicopter formations in the Indian Army and in the Indian Air Force. The 5.8-tonne twin-engine helicopter has already completed various weapons firing tests, the officials said.

The Defence Minister also took a sortie in the helicopter after the induction.

The LCH has similarities with Advanced Light Helicopter Dhruv. It has a number of stealth features, armoured-protection systems, night attack capability and crash-worthy landing gear for better survivability, the officials said. It is equipped with requisite agility, manoeuvrability, extended range, high altitude performance and all-weather combat capability to perform a range of roles including combat search and rescue (CSAR), destruction of enemy air defence (DEAD) and counter-insurgency (CI) operations.

The helicopter can also be used against slow-moving aircraft and remotely piloted aircraft (RPAs) of adversaries. Officials said it would be a potent platform to meet the operational requirements of the IAF and the Indian Army. They said state-of-the-art technologies and systems compatible with stealth features such as reduced visual, aural, radar and IR signatures and crashworthiness features for better survivability have been integrated into the LCH for deployment in combat roles.