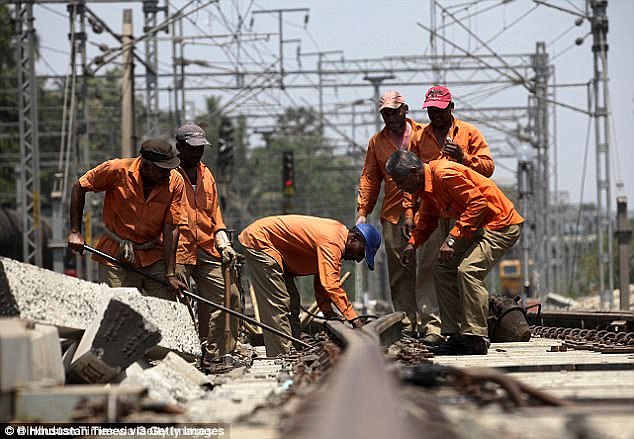 Basudeb Acharia, a former MP and head of the Parliamentary Standing Committee on Indian Railways, warned the staff about the growing privatisation of the organisation, which has been in operation for more than 150 years.

He claimed that as privatisation proceeds, the company is gradually falling into the hands of individuals and that Indian Railways' important assets are being lost.

Mr Acharia, who was in town to take part in the All India Loco Running Staff Association's golden jubilee celebrations in Vijayawada, expressed worry over the allegedly anti-employee and anti-people policies being carried out by the Central government.

"As part of the privatisation initiative, the government reduced the benefits provided to seniors and students. A number of welfare programmes are being phased out, he said.

"The personnel of Indian Railways are also being impacted by the privatisation of the company, in addition to the passengers and unemployed. L. Mony, a Southern Railways employee, said that valuable premises were being rented out to private individuals at a significant loss to the company.

M.N. Prasad, an employee of East Coast Railways, pleaded with the government to halt plans to privatise Indian Railways because the employees were suffering greatly as a result of the government's anti-labour policies.

K.C. James of Southern Railways stated that the administration was unable to fill around three lakh open positions as the government was gradually privatising the Indian Railways.

According to Mr James, "Many roles are vacant in different branches of Indian Railways, and the load is growing on the personnel since it appears that there is a prohibition on recruitment."