No provision or proposal for menstrual leave Smriti Irani 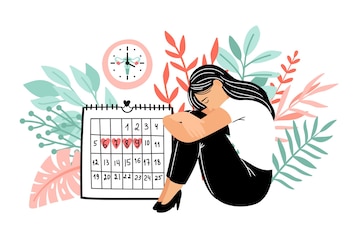 The Central Civil Services (Leave) Rules, 1972, which apply to Central Government Employees, do not include provisions for menstrual leave, and no proposal is currently being looked at to include such leave in the rules, according to Union Minister for Women and Child Development Smriti Irani.

The Union Minister stated that different types of leave were available to female government employees under these rules, such as earned leave, half-pay leave, extraordinary leave, child care leave, commuted leave, maternity leave, leave on medical certificate, and leave not due. This was in response to a written question from Member of Parliament D. Ravikumar regarding the provisions for menstrual leave.

She stated that the Pradhan Mantri Bharatiya Janaushadhi Pariyojna, implemented by the Department of Pharmaceuticals under the Ministry of Chemicals and Fertilizers, is a step towards providing women's health security and access to sanitary products and medications. Over 8,700 Jan Aushadhi Kendras were established as part of the scheme, and they offered oxo-biodegradable sanitary pads for one rupee each pad.