Elections to 5 state assemblies to begin on February 10 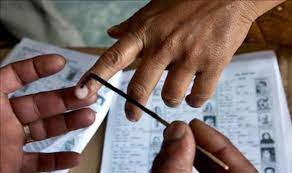 The Election Commission of India announced the poll schedule for assembly elections in Goa, Punjab, Manipur, Uttarakhand and Uttar Pradesh. Polling to begin on February 10 and the results will be announced on March 10. Uttar Pradesh will go to poll in 7 phases, Manipur in two phases and Punjab, Uttarakhand and Goa in one phase.

The ECI also laid down a slew of Covid-19 guidelines to be followed by the political parties, their respective workers, personnel on election duty.