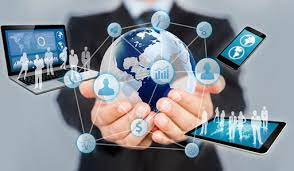 Union Minister Jitendra Singh said on Tuesday that government employees must prepare for a new and difficult assignment because most of the Centre's flagship projects are now heavily reliant on science and technology.

He mentioned last month's decision to loosen family pension criteria for missing central government employees while speaking at an event here, saying that the measure will instil confidence among staff working in extremist-infested and violence-prone areas.

Singh, the Minister of State for Personnel, Public Grievances and Pensions, stated that the new rule eliminates the seven-year mandatory waiting period and that, in all cases where a Government servant covered by NPS goes missing while on duty, family pension benefits will be paid to the missing government servant's family immediately.

If the employee "reappears and resumes employment," he wrote, "the amount paid as family pension during the interim of his absence period might be taken from his wage in accordance with his salary."

Singh said the large-scale use of technology and an integrated strategy are the twin pillars of both the revolutionary governance and pension reforms carried out in the past eight years while giving the opening address at a webinar on administrative reforms and pension reforms (2014-2022).

According to a statement issued by the Ministry of Personnel, Public Grievances and Pensions, referring to Mission Karmayogi's main mantra of moving from "rule to the role," he said civil servants must train for new and challenging assignments because most of the government's flagship schemes are now heavily science and technology-based.

Singh also published an eight-year book and its e-version on administrative and pension reforms (2014-2022).