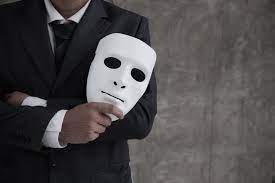 On Thursday, the Madras High Court ordered the compulsory retirement of an employee of the Indira Gandhi Centre for Atomic Research who had obtained employment by submitting a forged SC community certificate.

The employee will be eligible for only 40% of the pension benefits and will be ineligible for any other terminal benefits, such as gratuity, DCRG, and the like, with the exception of any PF contributions made by the employee.

The employee, the first respondent was 24 years old at the time and belonged to a Backward Community. The required age range for application was 18 to 20 years old, with 5-year age relaxation for members of the SC/ST community. So he claimed reservation under the SC community and submitted a forged community certificate in order to join BARC for In-Plant training.

The first respondent was appointed as a Tradesman/C in BARC, Mumbai, after completing his training. After that, he was promoted to Tradesman/D and transferred to the Indira Gandhi Centre for Atomic Research, Kalpakkam, at his own request.

As a result of a complaint from the General Secretary of the Department of Atomic Energy's SC/ST Association, an FIR was filed on the charge of obtaining government employment by submitting a forged certificate, and the first respondent was arrested and placed on deemed suspension.

The District Vigilance Committee (Community Certificate Verification) discovered that the respondent was actually a member of Hindu Thuluva Vellalar, a Backward Community (BC).

The court observed that "The mistake committed by the Department cannot be taken advantage of by the Applicant and he cannot be let off scot-free on technicalities, as the moral value will have to prevail over legal values and it is adjudged based on moral values, as held by the Supreme Court that it must be remembered that we are living in a democratic society governed by the Rule of Law and every Government, which claims to be inspired by ethical or moral values must do what is fair and just, regardless of legal technicalities. Further, in the absence of society with moral values, there would be no social order."