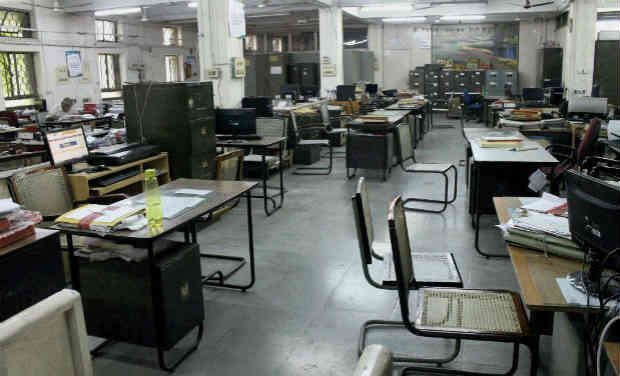 Despite Prime Minister Narendra Modi's pledge to fill approximately 10 lakh Central government vacancies by the end of 2023, a group that represents Central Secretariat Service (CSS) officers has written to the Department of Personnel and Training (DoPT) stating that approximately 45% of CSS Section Officer positions are vacant as many officers have not been promoted since 2013.

Up until 2023, the DoPT will be the nodal ministry for filling all open positions for the central government employees.

On October 22, in a video conference, PM announced the start of the "Rozgar Mela" (recruitment drive) for the first batch of 75,000 newly appointed employees of the Central Government.

Prior to the 2024 general elections, the Prime Minister had stated in June that the 10 lakh open positions in Central government ministries will be filled in a mission-mode capacity through 2023.

According to the CSS Forum, 1,624 Section Officer (SO) Grade positions, or 45% of the 3,600 authorised positions, remain unfilled.

It was stated that the SO is a crucial position in Secretariat management since they are in charge of allocating work to other officials, coordinating work, and ensuring that letters and other forms of communication are sent out on time.

According to CSS Forum, DoPT is not taking into account the ad-hoc promotions of officials hired in 2013 on the grounds that the selection list has not been finalised because of legal proceedings. However, according to DoPT's promotion standards, ad hoc promotions can be made to suit the functional needs of the government in cases where service problems are still being litigated.

"Even after outlining the aforementioned factual position to top officers in DoPT, Department is not considering the ad-hoc promotion of Assistant Section Officers (ASOs), which is why animosity and irritation are at an all-time high among the more than a thousand ASOs," the Forum stated. In order to stop their monthly money loss and ease their mental anguish, these senior-most ASOs of CSS are now quite agitated and are requesting an instant ad-hoc promotion.

"It is understood that on instructions from Prime Minister Narendra Modi in June 2022 for mission mode recruitment of 10 lakh central government employees, DoPT wrote to all Ministries and departments to take action for filling up vacancies through promotion or examination at the earliest possible time," the letter continued. Ironically, more than 1,600 Section Officer positions are empty under DoPT despite the fact that there are currently measures in place for promotions. These promotions may have led to feeder grade openings, making them a vital step in meeting the prime minister's aim of 10 lakh new hires.