Mozilla has tied up with  Intex and Spice to bring "ultra-affordable" smart phone to India. The phone will be priced at $25 or approximately Rs. 1500
The phone was at the Mobile World Congress in Barcelona in February, targeting developing countries including India and China.
The Firefox operating system devices will compete with phones using Google’s Android and Microsoft’s Windows platforms.
“Mozilla is dedicated to putting the power of the web in people’s hands, and Firefox OS frees consumers, developers, mobile providers and manufacturers from the limitations and restrictions of proprietary platforms,” Mozilla Chief Operating Officer Li Gong said in a statement. 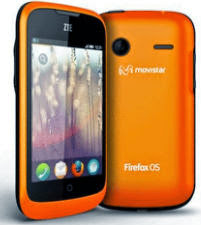 With more accessible Firefox OS phones coming to India soon and the addition of Intex and Spice to the team of global partners, it is clear that momentum for Firefox OS is continuing to accelerate, he added.
“The platform will give us an edge in upgrading buyers from feature phones to smartphones while making it affordable for the mass market. This will propel our devices to be much more than a way to use the web, but take the engagement further and develop the web as a mobile platform,” Intex Technologies Business Head (Mobile) Sanjay Kumar Kalirona said.
The association will enable it to develop “unparallelled smart devices” on the latest Firefox OS platform, he added.
Dilip Modi, co-founder and CEO of Spice, said the firm has high expectations from this partnership. “These phones will be affordably priced to ensure everyone can enjoy and experience the power of the Firefox OS phone,” Modi added.