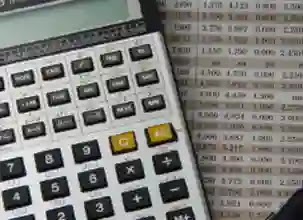 StaffCorner presents the DA calculator of this General Election year -2024. The eighth pay commission expectations are also on high.
The Dearness Allowance for the CG Employees is calculated based on 12 monthly average of the All India Consumer Price Index for Industrial Workers (CPI-IW). These indices are compiled and released by the Labour Bureau in the Ministry of Labour. The figures are released monthly and the index for a month is released at the end of the subsequent month. The CPI IW is based on the inflation in retail prices with reference to the prices in a base year. Currently, the DA is calculated based on the CPI-IW with the base year 2016. The CPI-IW figures can be obtained from the labour bureau website at https://labourbureau.gov.in/LBO_indexes.htm.

The dearness allowance from January 2024 is calculated based on the 12 months average of the CPI-iw from January 2023 to December 2023. The last figure will be releases only on January 2024, when the accurate calculation can be made. However, a fairly good estimate of the DA from Jan 22 can be made with available figures.