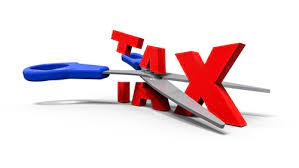 The government announced in Budget 2021 to tax income from Provident Fund (PF) payments of more than Rs 2.5 lakh per year. For PF accounts with no contribution from employers, the cap was raised to Rs 5 lakh. This limit is harsh, according to the Institute of Chartered Accountants of India (ICAI), for EPF account holders who are planning their own retirement and contributing to PF to maximise their savings.

The contribution ceiling of Rs. 2.5/5 lakh appears to be on the low side, according to the ICAI. It stated that if this idea is enacted, interest on employee contributions up to 12 percent of basic income will be taxed in most situations.

"The limit may be examined and possibly raised suitably, say at least 12 per cent of basic income or Rs 5 lakh, whichever is higher," the brief said, "to preserve the retirement corpus of true middle-class taxpayers in the absence of any social security programme in place."

The ICAI went on to say that, as an alternative to the aforesaid suggestion, the government might raise the PPF contribution ceiling to Rs.1.50 lakh per person per year, ensuring that all parts of society are able to benefit. "The government would also have a good long-term source of funds" as a result of this action. The maximum may be extended further if deemed appropriate, taking into account inflation and the need for social security for persons as they age."

In 2014, the cap for PPF contributions was increased from Rs 1 lakh to Rs 1.5 lakh. However, given inflation and the need for social security for the elderly, the cap could be raised higher, according to the ICAI.