Kerala govt staff will requiire to clear examination for promotions 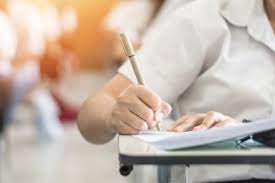 The Kerala state government is bringing in reforms to the promotion rules that it would be mandatory for the Kerala government employees to undergo training and clear examination for promotions. This is intended to improve the performance of government personnel and is based on the recommendations of the Administrative Reforms Commission.

The salary scale was previously served as a basis for segmentation or hierarchy. The government had previously chosen to implement a measure similar to that used by the Union government to train employees in delivery responsibilities and authority exercises. The new measure is a continuation of that, and it is based on suggestions made by the Administrative Reforms Commission, which is chaired by former Chief Minister VS Achuthanandan.

The state government has approved the division of government employees into six strata in principle. The cabinet has tasked the Chief Secretary with consulting with the Additional Chief Secretaries of the departments of administrative reform, finance, and planning to determine how to proceed with the practical implementation.

Currently, a PSC appointee joins the post instantly after receiving an appointment order. Most of the time, they are not even given basic training. The senior personnel will train them or rather ask them to follow. The older employees' practices, even if not correct, are followed by the new employee. The new moves are aimed towards resolving such problems.