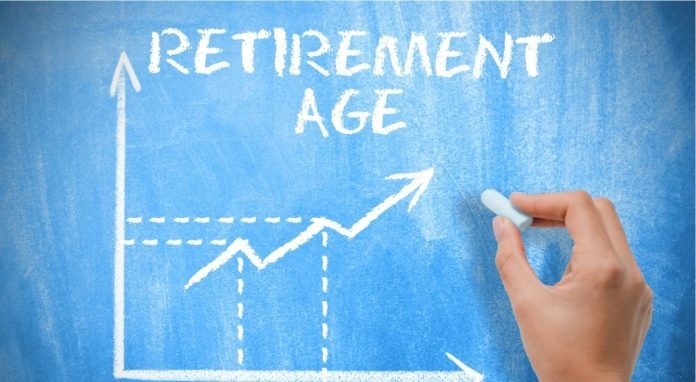 One could contend that the Employees Provident Fund Organisation (EPFO), the nation's statutory retirement fund manager, makes its case for raising the retirement age out of "enlightened self-interest." After all, an immediate increase in the retirement age would have the combined benefit of keeping more contributions coming into its coffers while simultaneously reducing the immediate pressures it confronts from redemption, thereby delaying the inevitable reckoning.

The concept put forth by EPFO to raise the retirement age in this nation is not original. The Prime Minister's Economic Advisory Council made the last suggestion. It made the argument for a gradual increase in the retirement age, related to increased life expectancy, in its report "Index of Quality of Life of the Elderly" last year, so that "the ratio of working life to time spent in retirement stays at least steady in the long run."

In a nation like India where there is a severe shortage of jobs, critics of the idea to raise the retirement age contend that doing so will be unfair to the country's young people who are attempting to enter their careers. The idea is that if older people don't move aside, there won't be enough positions produced for younger individuals to enter the workforce.

That reasoning is false, in my opinion. As we continue to officially have one of the lowest unemployment rates among major nations, India's job situation — or rather, the absence of appropriate, quality employment — is complex and multifaceted. It is ludicrous to think of it as a kind of linear conveyor belt where younger workers enter at one end and elderly workers exit at the other. Simply said, there are no like-for-like comparisons.

Naturally, there are and will continue to be limitations. It is logical to suppose that companies, whether they are private or public, have a limited amount of money they can set aside for salaries. Maintaining employees for longer at the elder end of the age spectrum will reduce the number of younger workers that they can hire if your total payroll amount is fixed, or at least inelastic. In fact, considering that older workers would also be earning greater salaries, one could argue that the impact would be disproportionate.

The neglect to consider the nature of jobs, however, exposes the flaw in this framework. In the government's database, we are all collectively referred to as "workers." The nature and types of tasks that these statistical specks actually carry out, however, range greatly. The main issue facing India is its economy's chronic inability to generate a sufficient number of high-calibre, well-paying jobs.

The dismal truth is that a talent gap still exists even when high-quality jobs are created. Our fictitious "demographic dividend" is a myth. Yes, young people continue to enter the workforce in their millions every year. However, the vast majority of them are not educated or equipped with the necessary skills to secure high-paying professions.

That is why the majority of new individuals entering the labour force are still employed in agriculture. This explains why 89% of the workforce that is genuinely employed works in the informal, unorganised sector, which typically doesn't need for highly skilled workers.

The truth is that an Indian who earns at least Rs 25,000 per month is in the top 10% of earners in the world, even as the country commemorates 75 years of forging its own path. The key aspect is this. The retirement age for Central Government Employees is 60 years. The percentage of the population that is 60 years of age and older is expected to increase from 7.4% in 2001 to a predicted 13.2% in 2031, according to the NSO report Elderly India 2021. Every fifth Indian is predicted to be over the age of 65 by 2050. And there will be more Indians over the age of 60 than under 15!

People are living longer at the same time. The number of years that an individual can expect to live after 60, has increased from 13.5 years in 1975 to 17.6 years in rural areas and from 15.7 years to 19.4 years in urban areas by the time they are 60 years old, which is the legal retirement age in India for the government. However, the private sector age is 58.

For the sake of argument, let's assume that people begin working at age 20 and retire at age 58, and that they have been in productive (read: paid) employment for that time. In that case, they would have to manage for more than half of their working lives without a salary or social security benefits.

Therefore, it is not only pointless but also extremely dangerous to see the subject just through the lens of the EPFO and its payment problems. The truth is that India will have to deal with a growing proportion of older people who are in better health and anticipate living longer lives. The EPFO only covers a very small portion of the workforce and is neither a legitimate social security programme nor a true retirement fund in the true sense, which means that the majority of Indians have no social security worth the term.

India squandered the opportunity to capitalise on its demographic dividend because its youth were not given the required education or training. However, there is still a chance to take advantage of the "second demographic dividend" by reskilling and re-equipping elders so they can continue to contribute to society for a longer period of time, acknowledging the realities of its ageing population.