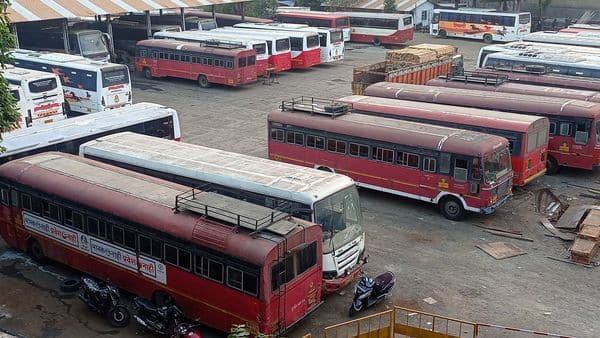 More than 3,000 MSRTC's permanent employees have been suspended and over 1,000 daily wage workers have been laid off amid the month-long strike that has practically paralyzed the state-run bus service.

On Friday itself, 500 workers were terminated for not reporting to duty. This comes a day after transport minister Anil Parab warned strict action against employees, who are currently on a month-long strike if they do not rejoin duty.

"If employees are firm on continuing the strike, the government will have to review the decision to give salary hike," Parab warned. A hike of ₹2,500 to ₹5,000 in the basic salaries for employees have been announced, which the minister claims to be "the highest in the history".

The MSRTC workers have been on a strike since 28 October seeking a merger of the cash-strapped corporation with the state government.

Meanwhile, the salary hike announcement has triggered a dispute between new and old employees due to the differences in benefits. While the newly-joined employees got a hike of Rs 5,000, long-time employees have got Rs 2,500 pay hike.