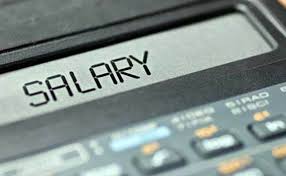 On Wednesday, the Kerala Cabinet approved the Administrative Reforms Commission's recommendation to initiate recovery action against employees who cause the government to lose money due to callousness. Such cases would be forwarded to vigilance for further investigation under the anti-corruption law.

Other government-accepted ideas include encouraging social audits of government offices. The audit findings will be made public on the internet.

Audit awareness will be raised among employees, and auditors will receive training. A public awareness campaign on the complaints system will be held among the impoverished and marginalised. In the government's training programmes, a module on complaint resolution will be incorporated. The time limit for resolving or rejecting complaints shall be set. Employees who refuse to provide information will face disciplinary action.

Permanent employees should make up at least one-third of the staff in the complaint redressal wing. Employees in the wing should have the aptitude, experience, and a commitment to resolving problems. Officers involved should show up for court hearings in which the government is a party. The Right to Information Act shall be applied to all services provided by the KSEB. People can file complaints with the Electricity Ombudsman directly.

The RTI Act will apply to all services provided by local self-governments. A computerised system for real-time auditing of government offices will be deployed. Offices cannot undertake multiple audits unless there are sufficient grounds.