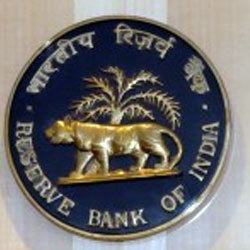 The finance ministry on Friday came out with a fresh notification highlighting a scheme under which it would pay interest on interest on outstanding loans during the six month moratorium period from March to August.

The compound interest waiver scheme will apply to all outstanding loans for education, automobiles, housing and even credit card dues during the six-month moratorium period that was earlier announced by the Reserve Bank of India.

It is worth mentioning that borrowers who did not avail the moratorium and continued to clear their monthly instalments during the period are also eligible as per the government’s waiver scheme. For such borrowers, who must have paid the EMI in time, the difference of the compound interest paid and the simple interest will be paid back to the borrower under the ex-gratia refund scheme.

The lenders will have to credit the difference between compound interest and simple interest to the eligible borrowers by 5 November.

The interest on interest waiver scheme will benefit all borrowers who have or had outstanding loans up to Rs 2 crore during the moratorium period. It is likely to cost the government Rs 6,500 crore. All nationalised banks, financial institutions and banks in the country, urban cooperative banks, state cooperative banks and housing finance companies have been directed to comply with the interest on interest waiver guidelines. Any loans taken from these institutions are eligible for the waiver.

The scheme is likely to be beneficial for small borrowers whose loan accounts were not NPAs as of February 29, 2020. It may be noted that the reckoning period for the scheme is March 1, 2020, until August 31, 2020.

Over the next few days, all banks in the country are expected to start crediting money for the ‘interest on interest’ or compound interest charged during the moratorium period. After crediting the compound interest amount to eligible borrowers, banks and other lending institutions can lodge their claim for reimbursement by December 15.

The reduction in outstanding will also lead to a reworked repayment schedule, which will result in lower equated monthly instalments (EMIs) for the remaining tenure. This will reduce future repayment burden on millions of small borrowers in the country.

While the scheme includes all categories of loans, those who had availed a moratorium on credit card dues are expected to benefit the most from the government’s compound interest waiver scheme.