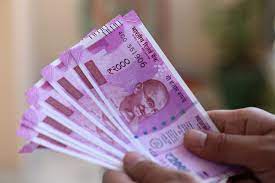 The all-India Consumer Price Index for Industrial Workers (CPI-IW) saw an increase by 1.1 points during June 2021. The figures released by the Labour Bureau under the Ministry of Labour & Employment shows that the index gained 0.91 and stands at 121.7 for June 2021.

With all the CPI-IW indices till June 2021 that will be used for the calculation of the Dearness Allowance from July 2021 available, the DA from July 2021 will certainly be 31%, a hike of 3%. The Dearness Allowance is calculated based on the CPI-IW indices over the previous 12 months during the January and July of every year. As the government has removed the DA's freeze order, a hike can be announced during August or September. The Central Government Employees will have another reason to cheer before the next festival season.