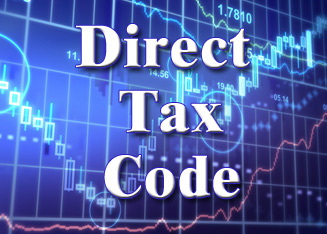 The Direct Taxes Code (DTC) Bill, which seeks to overhaul the over 50-year old income-tax law, with minor rejigs in the draft, including in the income-tax slabs was at the Cabinet yesterday but was deferred. The reason being the proposal to levy a super-rich tax on those earning above Rs 10 crore yearly did not find favour with some senior officials.
Planning Commission officials, apparently, took up with Prime Minister Manmohan Singh the proposal to impose the super-rich tax, proposed to be levied at 35 per cent on those earning above Rs 10 crore.
The Prime Minister intervened and Cabinet deferred the Bill, officials said. They said calls were made to former finance ministry officials who were instrumental in framing the original Bill, followed by a call by Planning Commission Deputy Chairman Montek Singh Ahluwalia to Prime Minister Manmohan Singh. However, this could not be verified. The thinking within a section of the government is that bringing in a super-rich tax at this juncture might not be a good idea, given the depressed economic sentiments.
The finance ministry is learnt to have accepted over 150 of the 190 recommendations of the panel headed by BJP leader Yashwant Sinha. Finance Minister P Chidambaram has broadly stuck to the 2010 Bill, tabled in Parliament by his predecessor Pranab Mukherjee, instead of reverting to his own version of 2009. This means taxpayers might continue to enjoy exemption on maturity some of their investments and industry could pay Minimum Alternative Tax (MAT) on book profits, instead of gross assets.
The exemption limit at Rs 2 lakh for individual tax payers is unlikely to be touched, but a new slab of 35 percent may be introduced for the super-rich.
Besides, Minimum Alternate Tax (MAT) may be levied on book profit and not on gross assets, sources said. Further, the Securities Transaction Tax (STT) is likely to be retained, as against the recommendation of the Standing Committee on Finance that the levy be abolished.
Among other things, the Standing Committee, headed by senior BJP leader Yashwant Sinha, had suggested raising the income-tax exemption limit to Rs 3 lakh from Rs 2 lakh proposed in the DTC Bill, 2010.
The DTC bill, which aims to rationalise tax rates to bring more people and companies under the tax net, was introduced in Parliament in 2010.