With deadline approaching, IT filers caught in software issues 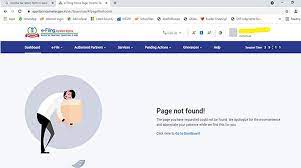 With days left for the December 31 deadline for the filing of Income Tax Return (ITR) for the AY 21-22, the taxpayers are facing a lot of software issues in the portal.  The new income tax e-filing portal, which was unveiled with much fanfare, is not completely glitch-free even after multiple extensions provided by the government. The new income tax portal, developed by the IT major Infosys, is facing several glitches since its launch. Earlier in October, Infosys CEO Salil Parekh was summoned and the company was given a deadline to sort out the issues.

The taxpayers are demanding further extension of the ITR filing deadline as they are unable to file returns because of the glitches. They complained that the tax filing portal was hanging repeatedly while filing ITR. The users have taken it to Twitter to express their anger. Many users posted screenshots of the error messages they claim to have received during the filing process. Some tax practitioners have also claimed they are facing problems with return forms five, six and seven. #Extend_Due_Date_Immediately started trending on Twitter India as many users urged the government to extend the due date by a few days.

However, there has been no response from the government regarding the extension. The Ministry of Finance said that over 4.67 crore Income Tax Returns (ITRs) have been filed on the new e-filing portal of the IT Department as on December 27. The Ministry has advised taxpayers to complete e-verification at the earliest in pending cases. There was no word on the glitches or extension.