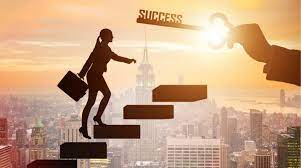 The Department of Personnel & Training has published a Consolidated Guidelines for the Central Government Employees on Ad-hoc Appointments/Promotions in Central Civil Posts and Service.

Note:- While due care has been taken to compile this document, however, if any omissions or correction are noticed, the same may be brought to the notice of the Department of Personnel & Training.

All posts are required to be filled in accordance with the prescribed procedure, in terms of the Recruitment Rules (RRs) and on  a  regular  basis.  However,  at times, for reasons beyond the control of the Cadre Controlling Authority/Administrative Ministry/ Department, it may not be possible to make regular appointments/promotions  in  the  normal  course.  While  such  posts should ideally be kept vacant till they can  be  filled  on  regular  basis,  in exceptional circumstances, where a post cannot be kept vacant for functional reasons/exigencies of work, or where ‘Deputation as an alternative method of recruitment has not been prescribed in the RRs, the post may be filled  up  on ad-hoc basis as the last resort. Thus, ad-hoc appointment/promotions are to be made in rare cases, in order to meet the functional  requirement  of  the organisation while keeping the policy imperative that all posts have to be filled on  regular  basis.  While  making  ad-hoc  appointment/promotion,  it  may  be noted that persons appointed on ad-hoc basis to a grade are to be replaced by persons approved for regular appointment by Direct Recruitment, promotion or deputation, as the case may be, at the earliest opportunity.

vacant on functional grounds, the vacant post may be filled on ad-hoc basis.

{until candidates  recommended  by  UPSC/SSC  are  available}  rather than fill the post on ad-hoc basis.

(k) In terms of DoPT’s O.M. No. 39036/02/2007-Estt(B) dated 14.11.2008, Ministries/Departments are to comply with the regulation-4 of the UPSC (Exemption from Consultation) Regulations, 1958, which provide that if a temporary or officiating arrangement made by ad-hoc appointment to a post falling within the purview of UPSC is likely to continue for a period of more than one year from the date of appointment, the Commission shall immediately be consulted in regard to filling up of the post. Requisite monthly and six-monthly returns, in terms of DoPT’s OM No. 39021/1/94-Estt.(B) dated 22.07.1994, are to be submitted by the Ministries/Departments to the Commission showing all such Group 'A' and ’B' Gazetted appointments and promotions made without reference to the Commission as per the time schedule prescribed so as to effectively monitor the ad-hoc appointments being resorted to by various Ministries/Departments without consulting the UPSC.