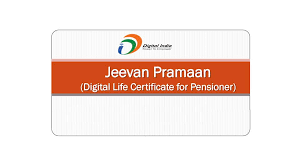 In response to media accusations that armed forces pensions were not being paid in April, the Central government on Wednesday asked all retirees to complete yearly identification, which is generally done in November by all banks that operate as pension disbursing agents.

The Defense Ministry has given a "one-time exceptional waiver" on the clause allowing all pending pensions to be received without additional delay.

“Due to the COVID situation, the  Central government had extended the window for annual identification due on 30 November 2021 up to 31 March 2022,” the Ministry of Defence said in a statement. Also Read - Defence Expo 2022 Postponed Due to Logistics Problems, New Date To Be Announced Soon

The Ministry of Defence further stated that there have been worries expressed in the media and on social media about the non-disbursement of pensions to Defense retirees in April 2022.

“All pensioners must complete annual identification in order to continue receipt of monthly pension, which is usually done in the month of November 2021 by all banks acting as Pension Disbursing Agencies,” the ministry said in a statement.