Over 58k veterans to get pension after defence ministry intervenes 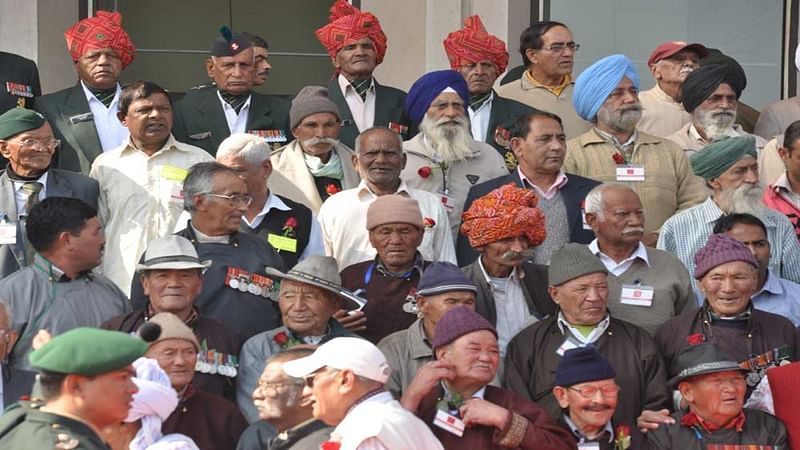 Former defence workers who have not yet received their April pensions will receive them today, according to the government. The retirement benefit will be credited to the bank accounts of up to 58,275 former servicemen who were facing financial difficulties since they had not received their pension for April 2022. The unanticipated delay, according to the Defense Ministry, was caused by teething problems experienced by retirees during the present digitalization and upgrading process. A "one-time exceptional waiver" has been authorised, allowing all pending pensions to be received without additional delay.

SPARSH, the government's digital pension disbursement system for defence personnel, requires all retirees to complete identification every year in order to get their monthly pension. This is generally done in November by all banks operating as Pension Disbursing Agencies, however, due to the COVID crisis, the government has extended the deadline until March 31, 2022.

"However, it was discovered during the processing of pensions for the month of April 2022 that the annual identity of roughly 3.3 lakh pensioners had not been updated," according to a government statement.

The action came just hours after Congress MP Rahul Gandhi blasted the government for failing to pay pensions. Mr Gandhi linked it to the PM Modi-led government's "betrayal" over the One Rank One Pension scheme, saying the policy is "All Rank, NO Pension." He went on to say that "insulting" soldiers are an "insult to the country," and requested that the outstanding payment be released immediately.

The issue came to wider public attention after Lieutenant General Deependra Singh Hooda sounded the resentment of veterans on Twitter. Tagging Defence Minister Rajnath Singh, he requested him to intervene. Taking a swipe at the Centre, he asked "Is this how we say 'Thank you for your service to the nation'?"

The government then sent a list to all Pension Disbursing Banks to share updated identification data, and by April 25, 2022, the identification status of over 2.65 lakh pensioners had been updated on SPARSH, resulting in the successful processing of pensions for all of these pensioners, according to the government.