Finance Minister defends PF rate cut. Says it is better than other schemes 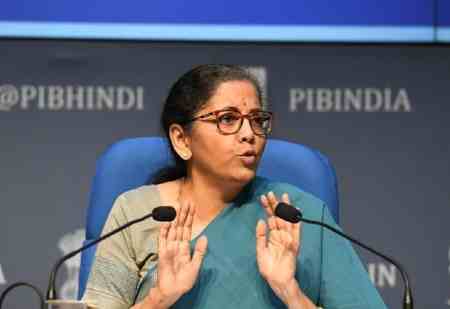 Finance Minister Nirmala Sitharaman stated on Monday that the proposed 8.1 per cent interest rate on employees' provident funds is better than the interest rates offered by other small savings schemes and that the revision is influenced by current realities.

The EPFO's central board decides on the interest rate on provident fund deposits, and it is the board that has proposed cutting the PF rate to 8.1 per cent for FY2021-22, she said in her reply to a Rajya Sabha debate on Appropriation Bills.

"EPFO has a central board that decides what rate has to be given to them, and they have not changed it in quite some time...they have changed it now... to 8.1 per cent," she explained.

It is a decision made by the EPFO Central Board, which includes a diverse range of representatives. The EPFO has decided to keep the rate at 8.1 per cent, despite the fact that other schemes, such as the Sukanya Samriddhi Yojana (7.6 per cent), Senior Citizen Saving Scheme (7.4 per cent), and PPF (7.1 per cent), offer much lower rates.

"The fact remains that these are today's rates, and it (EPFO interest rate) is still higher than the rest," the finance minister said, adding that EPFO's rates had been unchanged for 40 years, and the revision now reflected "today's realities."