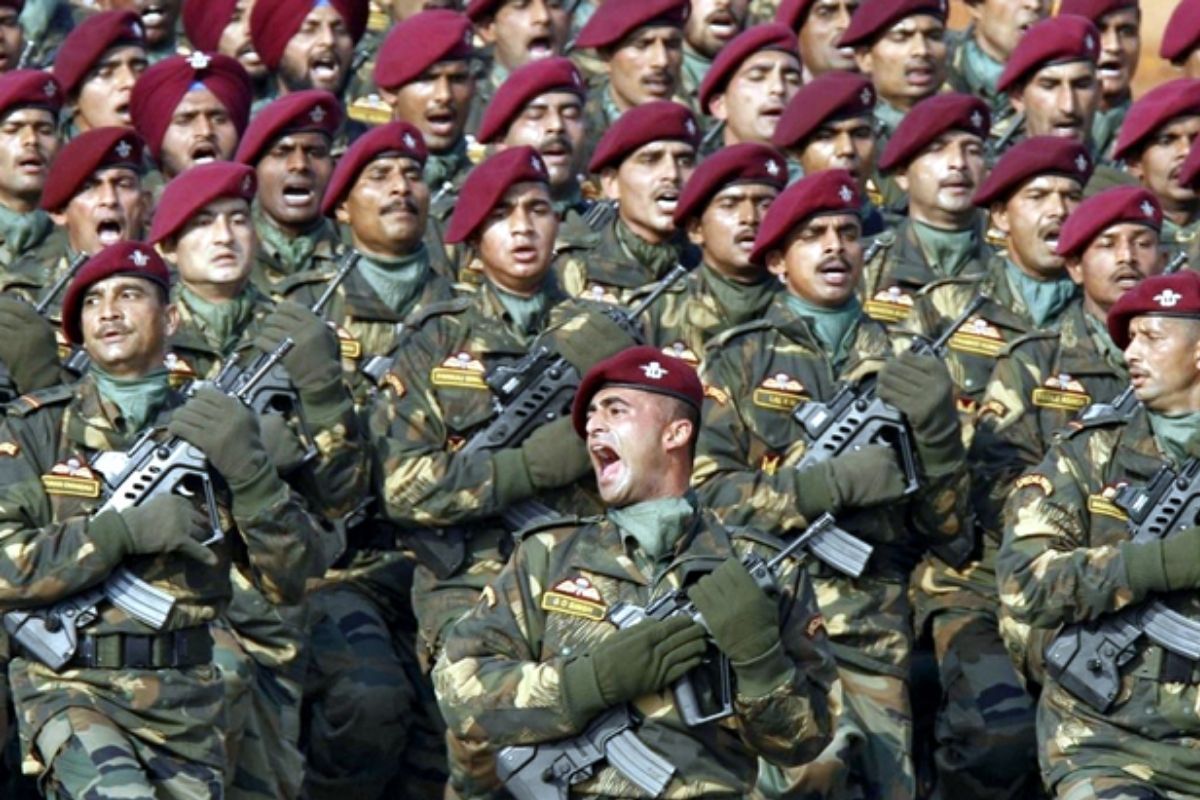 On Tuesday, Defence Minister Rajnath Singh and the Army, Navy, and Air Force leaders announced a major change in how personnel will be recruited across the three services under the new Agnipath scheme, which will take effect immediately. Agniveers will be the name given to soldiers enlisted under the scheme.

"This is a significant defence policy reform launched by the government to herald in a new era in the three services' Human Resource policies. The regulation, which takes effect immediately, will regulate enrolment for the three programmes going forward," the government said in a statement.

On Tuesday morning, the Cabinet Committee on Security approved the idea. It will make the permanent force levels for the country's nearly 13-lakh strong armed forces substantially thinner in the future.

The majority of Indian soldiers will be out of the army in just four years under the proposal. Only 25% of the 45,000 to 50,000 recruits each year will be allowed to continue under permanent commission for another 15 years. The move will significantly lower the defence pension expense, which has long been a source of concern for governments.

Under the programme, which will introduce "all India, all class" recruiting to the services, recruitment will commence within 90 days. This is particularly important in the Army, where the regimented system is based on region and caste, but this will be phased out over time to allow anyone from any caste, region, class, or religious background to join existing regiments.

Several veterans have expressed concerns about how this new organisation may harm the present structure, where pride in the regiment and battalion plays an important role as a motivator even in the most difficult of conditions.

"Efforts are being made to ensure that the profile of the Armed Forces is as youthful as the wider Indian community," Rajnath Singh said when announcing the plan. A young military will make it easier to train for new technology.

The minister went on to say that it will expand job prospects and that soldiers will be able to find work in a variety of industries as a result of their skills and experience gained during their four-year duty. "This will also result in the economy having access to a higher-skilled workforce, which will help with productivity gains and overall GDP development," Singh said.

Today's average age in the military is 32, but it will drop to 26 in six to seven years. According to Lt Gen Anil Puri, assistant secretary, Department of Military Affairs, it will produce "future-ready" soldiers.

"It has been meant to enable a youthful profile of the Armed Forces," according to the official statement. It will give young people who want to wear the uniform the chance to do so by drawing young talent from the community who are more in tune with current technology trends and returning skilled, disciplined, and motivated manpower to society."

"It will boost the Armed Forces' youthful reputation and provide a fresh lease of 'Josh' and 'Jazba,' while also bringing about a revolutionary change towards a more tech-savvy Armed Forces – which is definitely the need of the hour," the statement said. The scheme's implementation is expected to reduce the average age profile of the Indian Armed Forces by around 4-5 years." The plan will also "lead to a considerably more youthful and technically capable war fighting force by ensuring a fine balance between youthful and experienced soldiers in the Armed Forces," according to the document.

Aspirants between the ages of 17.5 and 21 will be eligible to apply under the new system, which is solely for personnel below officer ranks (those who do not enter the services as commissioned officers). The recruitment standards will not change, and rallies will be held twice a year to recruit.

After being chosen, candidates would undergo six months of training before being deployed for three and a half years. They would be paid a beginning wage of Rs 30,000 throughout this time, with extra perks increasing to Rs 40,000 by the end of the four-year service.

Importantly, 30% of their pay will be laid aside under a Seva Nidhi programme during this time, with the government contributing an equal amount every month and interest accruing. At the end of the four years, each soldier would receive a lump sum payment of Rs 11.71 lakh, which will be tax-free. They will also receive a four-year life insurance policy worth Rs 48 lakh. In the event of death, the payout will be in excess of Rs 1 crore, including remuneration for the time not yet served.

Only 25% of the cohort will be recruited back into their respective forces after four years, for a total of 15 years. Those who are re-selected will not be eligible for retirement benefits for the first four years.

Lt Gen Puri stated that the government will assist soldiers who leave the military after four years in order to rehabilitate them. They will be given skill certificates and bridge courses as part of a "whole of government" strategy. The focus would be on fostering entrepreneurship, he emphasised.

The revelation is sure to elicit a mixed reaction from the country's tens of thousands of applicants. While there has been no recruitment in the last two years, due to the Covid-19 outbreak, the Agnipath initiative has been in the works for almost the same time. Despite the fact that the announcement will jumpstart the recruitment process, many hopefuls would be dissatisfied with the transitory structure of joining the forces now and being asked to leave after four years.

According to statistics presented with Parliament by the Defence Ministry on March 28, the Army has over one lakh unfilled slots for Junior Commissioned Officers and other grades. Due to the epidemic, it was also observed that, while more than 90 recruitment rallies were held each year in 2017, 2018, and 2019, only 47 rallies were held in 2020-2021, and just four in 2021-2022.

One of the most notable benefits of the system for the government would be the huge pension savings, given the enormous number of ex-servicemen in the country. In the current fiscal year, the government has set aside almost Rs 1.2 lakh crore for pensions for the Defence Ministry and the armed services, which accounts for nearly a quarter of the country's entire defence budget and is more than the capital purchase budget.

When the idea was mooted two years ago, a study showed that comparing the cost borne by the government for a soldier with 17 years of Terms of Engagement to a three-year service would result in a lifetime savings of Rs 11.5 crore for only one soldier. "There are likely to be enormous financial gains to the organisation due to reductions in compensation and gratuity payouts," it was predicted.

The military forces have spent the previous two years attempting to come up with the finest feasible structure for the project. The Army's first plan said that the programme would be open to young people who do not want to make a career out of the military but yet want to experience the excitement and adventure of military professionalism.