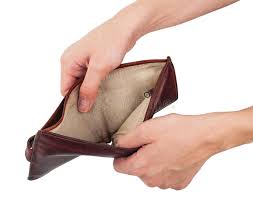 While the announcement of the hike in dearness allowance must have brought a sense of relief to millions of central government employees and pensioners, there was also the news for gloom. The hopes for receiving the arrears of the three installments of the DA hikes were dashed by the government statement.

In a Government press release by the Press Information Bureau on DA hike , it was stated that "The rate of Dearness Allowance/Dearness Relief for the period 01.01.2020 to 30.06.2021 shall remain at 17%". Read: PIB release on Dearness Allowance hike to 28%

The DA is the component of salary to the Central government employees meant to combat the rising prices due to inflation. The DA is calculated based on the Consumer Price Index for Industrial Workers (CPI-IW), which is released by the labor bureau every month. The DA is calculated based on these CPI-IW figures and is revised twice a year with hikes effective from January and July.

At the recently held Staff Side meeting of the National Council JCM, the Staff Side had demanded the hike to be retrospective and the arrears be paid for the frozen period. Earlier based on informal discussions, it was indicated that the officials are quite cooperative over the DA arrears payment. Read: Meeting on DA arrears between govt and JCM likely during June 2nd or 3rd week